Elden Ring released a little over a week ago now and I’m sure everybody’s favourite character is Alexander the Iron Fist. Through his quest-line, we learn more about the living jars around the Lands Between. Alexander is friendly, co-operative, and quite jolly, but his nickname is the “Iron Fist”, a nickname that doesn’t seem to match his appearance.

These characters may seem un-hostile and benevolent, but they harbour a dark secret about the nature of Alexander and the Erdtree itself.

Alexander tells us about his hometown, but Alexander doesn’t want to return. Why he doesn’t want to return is not clear, but the presence of a graveyard for humans (not jars) might be the reason. Alexander wants to become a great warrior but he never really explains how. Turns out that there are bodies inside the pots, and inside Alexander’s pot, there are great warriors that fought in the Shattering. By ingesting these bodies, he gathers their strength. 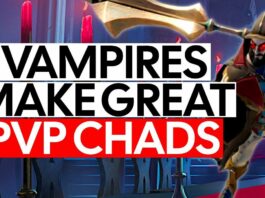