Forza Horizon 4 has come to Steam! That’s exciting for a few reasons. It means that Microsoft has seen the error in their ways, in trying to force people to use their horrendous store as a game launching platform. It means that we can expect to see future instalments of the series launch on PC alongside the X-Box release. And this is the first time a Forza entry has been available on the Steam store.

Whilst the game had a soft-launch in 2018, it feels as though the success of Forza Horizon 4 since coming to Steam is the game’s true release. Since coming out a few weeks ago, the game has consistently performed in both sales and subsequently the amount of people playing the game. Forza finally feels at place on the PC, and it’s very, very welcome. The past entries of the game have been much beloved here at MGN, and we’re very excited that the latest has come to the Steam platform.

Forza Horizon 4 is brought to the world by it’s developer Playground Games, and it’s publisher, of course, Microsoft Studios. So, how does the latest entry in the series stack up? If you’re looking for a comprehensive guide as to whether the latest Forza Horizon game is worth your time and money, well, you’ve come to the right place, because we’re going to go through it now.

Our MGN Impressions have evolved, and today we’re going to dissect Forza Horizon 4 from a variety of angles, we’ll give each angle a score from ten, and then give you our final verdict. We’re going to score Forza on:

The difficulty is Forza Horizon 4 is a fluid thing. The player can choose just how the game is played through the extension difficulty customization options that are available in the game. The player can choose to disable driving-assistance in the form of anti-lock brakes, stability control, and more of the like, to give the game a further challenge. If that’s not to your fancy and you want more of a forgiving or arcade experience? Well, you absolutely can.

That’s the beauty of the difficulty settings in Forza, they’re entirely up to you. If you’re a driving game novice but still want to have a good time, and not get too punished for your mistakes, well then the driving line assistance and rewind feature are there to help you get the most out of the game regardless of your experience with driving sims.

You can set the level of difficulty that suits your preferences, and you’ll be rewarded for taking risks and taking on the challenge that can be found with harsher settings in the form of a beefy percentage boost to your in game credits. Won a particularly difficult race, with no artificial assistance? Whelp, you’re getting rewarded big time in cash.

Forza has knocked the scaling of difficulty in video games out of the park by leaving it in the player’s hands, but giving them a lot of options so that they can fine tune the experience to exactly their preferences.

Forza Horizon 4 is gorgeous and undemanding. We played the game on a moderately powerful PC, and found that the game didn’t dip in frames despite how detailed each vehicle and environment is. So, kudos to the team for optimizing the game so well for the PC edition, and not just phoning in the port for one of their more successful x-box series. So, what makes the game gorgeous?

The dedication is obvious, for a start. No detail has been overlooked by the developer when crafting the cars that appear in the games, to look just alike with their real-world counterparts. If your favorite vehicle is in the game, the be rest assured it’s going to look just how you want it to. Then, the environments. They adapt to the seasons, meaning they’ve been crafted four times over and have been given just as much attention to detail as the vehicles, despite the fact that the developer knows that we’re blasting through them as quickly as possible.

It’s for this dedication to making the game look as genuine and accurate as possible, whilst also maintaining the ability to run the game without a super-computer stolen from NASA, that I can’t help but score Forza Horizon 4 perfectly for graphics and general appearance also.

Unlike a lot of racing games, Forza Horizon 4 has a genuine story, and with it comes voice acting performances for the characters that you will interact with throughout the game. This is a welcome change from the vast majority of racing games that you can play right now. You’re guided through the various festival events and story elements by quality casted voice acting, and I must say that it makes other racing games feel quite dead in comparison to what Playground has served up here, so that’s a check mark.

So, what does that leave sound wise? Soundtrack and sound effects. The former is nice to have, the latter is a must-have for a successful racing game.

The way that the game handles the soundtrack is quite unique. When first starting the game you will only have access to a few different radio stations, but they’re all quite different, so you can find something that suits your musical taste, or simply turn the radio off to listen to the sound effects.

What makes the Forza Horizon entry unique is that as you play through the game, and game more influence within the festival, more radio stations will pop up and you’ll gain access to even more genres and playlists. The game makes unlocking the soundtrack part of the experience, and it’s genuinely fun. Between the initial stations and the ones that you unlock for being a success in the festival, you’re bound to find the one for you. Or, just turn it off and listen to the cars.

That’s where the sound effects come in. Listening to your cars exhaust is where it’s all at. The game sounds crisp. That’s the highest praise that I can give when listening to your favorite car go through the gears – it is all just so crisp. Each car sounds different from one another, as they should, and they do genuinely sound like their real-world counterpart. It’s crisp, it’s executed perfectly, and it hits the ear just right.

A lot of racing games fall into the crux of dropping you into the drivers seat, telling you there’s a tournament of some significance that you can win if you win enough races, and that’s about it. Sure, some getting carried hard by fantastic gameplay, but some don’t. Forizon Horizon 4 doesn’t leave things up to change in that regard, there’s an actively interesting story.

You’ll meet colorful characters as you explore the UK and partake in different events, you’ll be lined up for movie deals as a stunt driver, and you’re always striving to be the most renown driver in the festival. It’s the little side detours that make the game feel alive. There’s the casting director getting in touch with you about the next movie deal opportunity. There’s sly guys who run sly street races. There’s just a lot to do, and all of it has genuine context.

That context is built on the player being an actual alive person within the festival. You can pick from a variety of models, then later customize your character to make them truly feel like you. There’s immersion there, you can place yourself inside the game, and build a driving career. You can buy property. You can interact with other festival members. The whole game just feels very alive. It gives you an interest beyond just driving the cars fast.

That’s the whole point of sitting down to play a video game isn’t it. You want to have fun. And if you strip all the fancy looks and cool sounds, all the bells and whistles away from Forza Horizon 4 – is it fun? Can you sit down for 20 minutes or 2 hours and have a blast regardless of your level of enthusiasm for cars and the genre in general?

Do you prefer a more traditional sim, and find the arcade elements of Horizon a bit over the top? Whelp, you can change your settings in the difficult, stick to the roads and get the best out of the racing simulation that the game has to offer.

Do you prefer wacky ride with million dollar cars flying through the air whilst racing against jet planes? Well guess what, Horizon 4 can cater to your tastes too.

That’s what makes the game such a blast. You can sit down and play to your specific mood. There is so much variety in the game modes available, and in the cars available, that you can sit down and just play what takes your fancy. It’s all there, and you don’t have to give up or the other. Or just cruise around the gorgeous environments in your favorite car and chill out to the awesome soundtrack. You don’t have to take the game seriously and it’ll be a wild ride, but you can enable that if it’s your preference. For giving the player the best of both worlds, Forza gets another 10.

The game is currently full price on the Steam store, sitting at $99.95AUD. I know what you’re thinking, 100 bucks for a game that is several years old? What are they thinking! Well, like I said earlier on in the piece, it really does feel like now that the game has finally made it’s way to Steam, that the true launch is here. But yes, it is steep asking price for sure.

Does that asking price equate to how much time and enjoyment you’re going to get, because that’s what we’re going on score wise, not how expensive/inexpensive it is, but does the dollar value match the time/fun factor. Again, this is going to be a check mark. The game is a massive experience. Between all the different career paths that the player can take, the variety of events, the huge selection of cars. There game is just overflowing with content, there’s simply so much to do!

That’s without mentioned the season system, the game is constantly evolving with the seasons being tied to server time. Just because you mastered a route in the dry, doesn’t mean you can slick through in the wet, or the snow. You’re going to get a huge amount of playtime out of Forza Horizon 4. The map is enormous, the cars are many, and the wacky tracks are plenty.

That’s going to wrap things up for our review of Forza Horizon 4. It’s the first 10 from 10 we’ve given, and we thoroughly recommended that you give it a try. If you agree or disagree with any of the points we’ve made about the game, please let us know, we’d love to hear from you on our mgn.gg blog, the new twitter, the new MGN TV discord. These are all to be found in the description of our video review on YouTube. 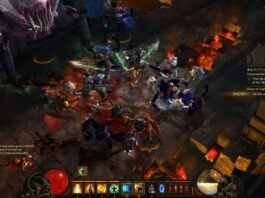 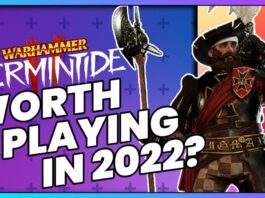 Is Warhammer: Vermintide 2 Worth Playing in 2022? 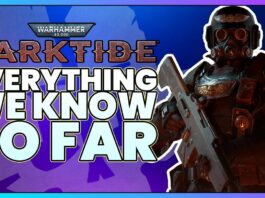 Warhammer 40K Darktide – What We Know So Far