Today we’re diving into some new territory with a game called Solasta: Crown of the Magister. This is described as a turn-based tactical RPG based upon the 5.1 Ruleset for Dungeons and Dragons. In Solasta, you’ll assemble a team of four heroes to serve under the Council, but as you journey through the lands, your team becomes ensnared in a conspiracy surrounding the crown of the Magister.

As a newcomer to the Dungeon and Dragon’s ruleset, how easy was it for me to get into the source material, and was it an enjoyable experience?

Let’s talk about that.

When you first begin, you are highly encouraged to handcraft your team of heroes. However, they have pre-made ones if you just want to get right into the action, which is what I ended up doing so I could learn the mechanics. But the Hero Creation is really well done and offers deep customization in order to make each hero just how you want them.

You get to pick things like your race, lineage, languages, set up your ability scores, classes, appearance, and so much more. It took me about 20 minutes to create my hero, when I was taking my time and carefully planning it out, but if you want to blaze through it, you can get each hero done in about half the time.

And just like in classic D&D, you need to create a party of heroes that complement each other, not only with their attacks, but also their utility. Having a hero that is great at disarming traps is just about required, while having one that is knowledgeable in multiple languages and lore is also super nice to have; information is a powerful tool in games like this. Don’t just focus on dealing damage with spells and attacks either, the supporting abilities can be game-changing, like Mage Armor, Blessings, and other support spells will help your team out a ton when things get dicey.

So, while I said it takes 20 minutes to craft each character to your liking, it might take even longer if you’re really diving deep into the granular details of your team. This was one of my favorite parts of the game. As a big deck-building guy, I love to create synergies and weave together strengths, and cover weaknesses. So I was right at home.

The one big drawback here that I saw from others who reviewed the game, is that there’s no multi-classing available and some big-name classes are missing like Barbarian, Druid, and Bard. So, if you were looking forward to playing those classes or mixing two classes together, know right now that you can’t do that.

Once you get your team assembled, you can take on the main storyline, Crown of the Magister. This comes in a few different difficulties.

I’m glad the devs went in this direction with it. I know I wouldn’t have enjoyed my time as much if I was forced into both learning all the ins and outs of the game while being constantly merc’d every time I got into a battle.

The story itself has been a relatively predictable adventure. They have some heavy foreshadowing that is almost immediately acted upon and it really doesn’t have a ton of complexity through it. I’m not saying it’s a bad story, it’s just one that doesn’t really throw anything surprising at you. If you’re looking for some Edgar Allen Poe-level of depth, then you should keep looking.

It’s the combat within the confines of this story that really shines. For a turn-based tactical RPG, complete with the grid and units of movement, it has been satisfying to play. When you begin a battle, your team and the enemy roll for initiative, and that sets the order of events for actions. Now, if you get jumped with a surprise attack, you skip your first turn which is a powerful advantage. If you’re able to sneak up on some enemies and open battle with an attack or spell, then you can have a free turn to set up your team or kill off some weaker enemies.

And the whole “rolling” thing is throughout the entire combat sequence. You will constantly have characters rolling for attacks, saves, opportunity attacks, or certain types of movement throughout the battlefield. For instance, if you have a character attempting to jump across a gap, they will roll for a dexterity check to see if they can make the jump. If they fail, they will stumble and take damage, if it’s successful, they’ll make the jump and be able to perform their main action. The same goes for climbing and really most other movement actions.

This is one of those things that other players were really big on; they liked seeing the dice rolls and various checks within the game. It took me a few battles to get the hang of it, but now, reading those rolls is second nature and helps give the game more character.

I did encounter a few bugs within combat that were more annoying than game-breaking. There were times when the enemy would perform an action and the game would freeze for about 30 seconds. I could still move the camera and click around, but the battle sequence didn’t progress. Then suddenly things would start acting normal again. I checked online to see if this was a widespread problem, and from what I can tell it intermittently affects everyone regardless of their PC setup. Some other issues I ran into involved lines of sight not reading correctly, where sometimes I could launch a magic spell through a wall, and other times I could clearly see an enemy, but the game would state that I didn’t have any line of sight. It wasn’t a big deal for the battle I was in, but during a more high-stakes fight, that would have been super annoying.

Outside of combat, your will be guiding your party through a variety of explorable areas filled with traps, chests, and secrets. Some of these things hold some pretty awesome pieces of gear, so it’s worth checking out everything rather than zipping through to the next battle.

On a larger scale, your party will move from location to location through an automated travel system. You simply click on the location on the map you need to move to and your party will go there over a certain period of time. During this time, they’ll consume food, hunt, craft, sing songs, and do all kinds of other interesting things. This is pretty much downtime for you as the player unless they get a surprise attack at camp.

Now I mentioned crafting. This game does have a crafting system that will allow you to take some raw materials and make things like potions, gear, and ammunition. This is where your character-building plays a large role because certain classes and backgrounds will have a proficiency that you can take advantage of. If you want potions, for example, build a character who is talented with herbalism.

Overall the story mode was fun and engaging, even with the small bugs and middle-of-the-road story. The game also has a built-in dungeon maker so you can create your own areas to explore and share with others on the Steam Workshop, it’s a great feature that’s easy to use and fun to build within.

But, as fun as the game was, there is a huge, glaring issue that really takes a lot of the appeal away, in my opinion.  The game is single-player. There is no way to play with friends or matchmake and go on an adventure. Most of the fun in games like this comes from being able to join up with others and play with other people who have made their own characters. I don’t imagine playing D&D by yourself in a room is fun, and this game suffers from that limitation. Hopefully, they’ll add it in the future.

Now, because I’m a new player when it comes to tabletop and tactical RPGs, I wanted to talk with someone who had more experience. So, I got a quote from a seasoned veteran in Dungeons and Dragons, who also has lots of hours in games like Solasta, Baldur’s Gate, Divinity…you name it, he’s played it. Here’s what he had to say:

“The best way to describe Solasta is, if you want a 1:1 adaption of the 5th edition ruleset, then Solasta is the game for any D&D fan. It follows the rules brilliantly – but keep in mind that the 5th edition ruleset is free-source material that is available to anyone, and because of this, if people were wanting certain classes, then they might be out of luck because not all of them are included in the free material, along with certain feats. Overall, for a 15-man team, they did really well.”

“Graphics are obviously not at the standard of Baldur’s Gate 3, but as I said, if you want a 1:1 adaption, then it smashes it out of the park. It really feels like you’re playing around the table with all the dice rolls on the screen, grid tactics, and so on. A lot of people will say it’s Solasta vs BG3, but I say if you want strong visuals, then go Baldur’s Gate, but if you want a faithful game that respects the ruleset, go Solasta. The big hang-up with BG3 is that it’s a D&D and Divinity hybrid and that annoyed the veteran ruleset fans.”

As someone who knows these games inside and out, Wolf seemed to really enjoy himself from a veteran standpoint, and I thought it was a fun time from a newcomer’s point of view. Solasta does a great job of introducing each mechanic to the player and explaining things in a simple, yet digestible way. I’ve never played a game of actual Dungeons and Dragons, but after a couple of hours in the game, I was able to understand fully what each mechanic was, how it affected my team, and was able use that knowledge to make good decisions.

Overall, the game itself was a fun time, but for me, it was a one-and-done. I don’t see myself getting back into that world as I feel like I experienced everything it had to offer for a player like me. Solasta is available on Steam for $40 USD and is currently still being updated by the developers.

So, what do you all think of this game? Have you played others like it, like Divinity Original Sin or Baldur’s Gate? If so, how do you think this one holds up? Let us know! 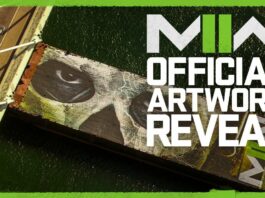