What kind of gamer are you? Are you the complete Chad that rushes every fight 1v3 and still comes out on top? Never run away from a fight even though you just lost all your health to a boss? Always running towards your next fight?

Maybe you are the chilled out gamer? The one who just Embraces the world they are in, taking it all in and enjoying every step in a virtual world? (until a chad comes and ruins your day).

Or Maybe you are a builder! You played Minecraft for a living, spent most of your time in creative mode building your perfect dream house?

Well.. no matter what your preference is, V Rising is amazing and fits every playstyle. 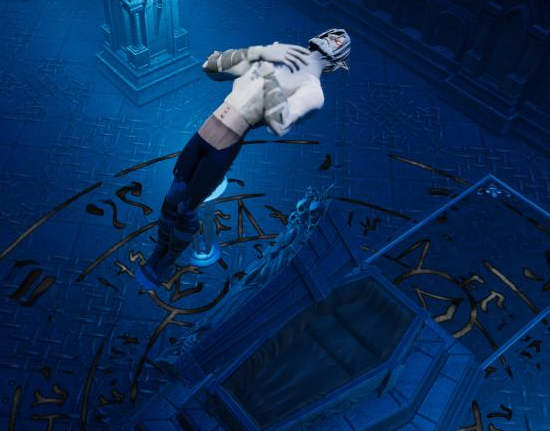 So, you are the Chad gamer who is always looking for a fight huh? Well this game offers the thrill (and fear) of always being in danger of being attacked!

There have been countless times I have been farming (Chads don’t farm i know) and 3 people have jumped out of nowhere to attack me, that’s because no matter where you are in the world you are in danger of being attacked and getting everything robbed.

If you do end up meeting your demise while being a Chad in the wilderness, fear not, because you don’t lose your weapons! Only the Ore that you would have been farming, and loot you would have stolen from chests and other players. But we all know Chads don’t farm, so this should be music to your ears.

The game runs off a gear level system and not a player leveling system. What this means, You Chads can just get what use call a “Farm bot” to get all the ingredients for when you are all sitting around reminiscing about how good you all are, and you won’t fall behind in levels either, as the “Farm Bot” would have got everything you needed. 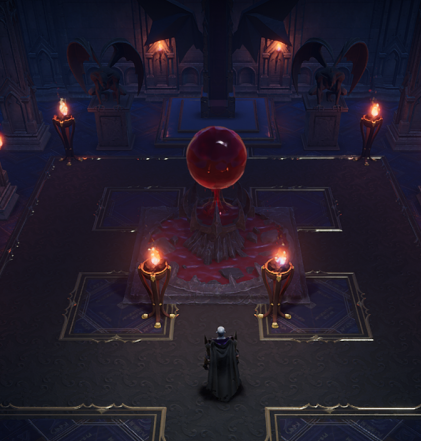 Did you used to wish to the night sky hoping to be a Vampire? Well first off… that’s really weird.

Secondly, this is as close as you will get to that.. You can hide away in your coffin throughout the day as the sun will kill you! Only to wake up when the sun goes down, and terrorize the nearest village for blood.

The villages have hired Militia to try to keep them safe, and although I would like to say they won’t be any match for you… in groups they can be quite deadly!  So make sure you play it safe as much as you can.

In addition to Militia guarding the villages, they also have garlic in the air, so you will need to brew some resistance potions to get around the area without trouble. Because being a role-player you should know Garlic is bad for Vampires! 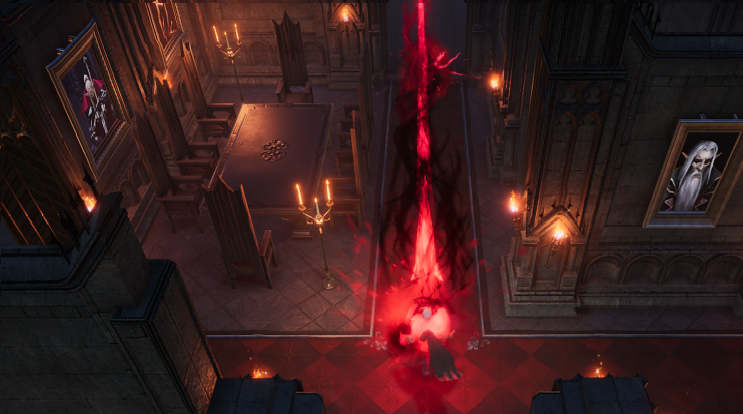 Now onto a core part of the game, the building. As fun as being a Chad or Roleplayer may be, you will need a castle to craft all your items and progress in the game.

The picture on the left shows how customisable your castle can be, you can go big or go small.. It’s your house.. Put what you want in there, but at the very least you are going to want your refining machines, to turn wood into planks, Stone into bricks, Ores into bars etc. with these new items you will have a variety of new weapons, armor and equipment to craft so you need to take good care of your home!

If you have ever played a game like Rust, it works very similar. You have a Castle Heart (which acts as the tool cupboard from Rust) and around your Castle Heart you can build your base, be careful not to leave it exposed though as if someone breaks into your home and destroys your Castle Heart they can destroy your base, or even take it over!

I’ve thoroughly enjoyed the building aspect of this game personally, the map does a good job of setting out a lot of obvious choices to build your base, but without actually making it a limited decision.. As technically you can build anywhere. 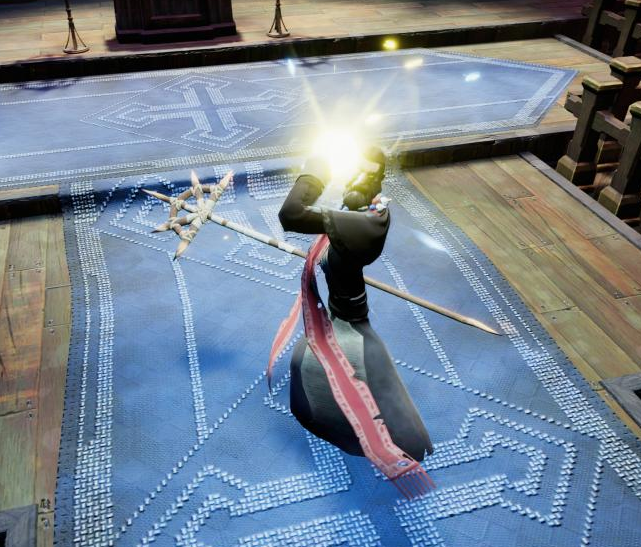 There are SO MANY bosses in V Rising, and I love that about the game. Once you construct your first base, you will need to construct something called a Blood Altar. This acts as a boss tracker, but many of them will be blackened out so you can’t see who they are until you hit a certain level.

These bosses can be roaming around, or have a set fight to which you will have to travel to the area the boss is staying at.The bosses will all drop some kind of recipe that will help you progress through the game, so you will want to do most of the bosses.

The bosses can be very tough to deal with, there has been so many occasions i have been killed from losing a little bit of concentration and then getting caught off guard. But why would you want a game that doesn’t challenge you like that? 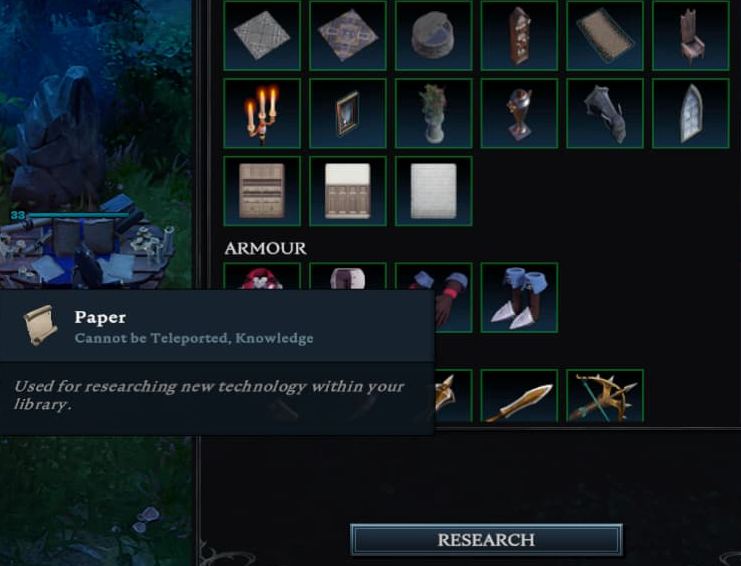 There are multiple ways to get new tech, the first way is defeating bosses. Once defeated they will give you a new recipe. However these are the essential recipes for progressing in the game.

You can also get new tech from Books that drop from Monsters, Barrels and Boxes or Chests. These will be of a specific item, you take it to your research bench and learn that specific thing.

Or you can just use paper to get a random technology, paper can also be obtained from Mobs, or from recycling duplicate books. There is also a Library, which is basically a tier 2 research bench which offers more advanced items than the standard research bench.

To top it all off if you are in a group, don’t be worried if one person is researching everything.. Because whatever they have research you will be able to research for free! Think of it as sharing is caring.

Stunlock Studios have really outdone themselves with this game, I find myself always having something to do whilst not getting bored. When I am still thinking about this game in bed after a whole day of playing it.. You know it’s a quality game.

They have put so much love into this game, that I think we need to give some love back to them. So if you are on the edge about whether or not you want to buy this game, do yourself a favour and buy it! You will not be disappointed,

I have had a blast playing this game. I am about to go play some more of it now, so if you see me in the world of V rising, don’t take it personally if I steal your Stuff. Happy Hunting!