The new generation of consoles is here! I’ve already reviewed the controller, and two of the launch titles for Sony’s new console, Astro’s Playroom and Spider-Man: Miles Morales. But now it’s time to talk about my overall impression of the console itself.

The console itself wasn’t as big as I thought it was going to be. In terms of height, it is about one and a half PlayStation 4’s when placed on it’s side, and about as broad as a PS4 Pro. So yes, it’s big, but it’s not quite as large and sensationalist as early reports suggested.

It is also just a sleek looking machine. It captures the essence of “futuristic”. It feels like a piece of kit out of a sci-fi film, with glowing lights, slightly warped white plastic panels, and a tall black tower in the middle. While it certainly isn’t a subdued machine, and it will take a significant position next to the rest of your setup, it’s also not impossible to accommodate space-wise, and it has had zero stability problems.

While I was initially worried about how many USB-A ports it had, it does in fact have three – one on the front, and two on the back. It also has a single USB-C port, also located on the front.

Your single point of access to the home menus is the black PS button, which draws up either the central interface, or a toolbar that appears down the bottom, not unlike a desktop’s taskbar. The toolbar allows you to close games, use Spotify, or access trophies and settings from there. It’s a quick and easy way to get to what you need. However, as a bit of a trophy hunter, I’m finding the new trophy lists to be nice looking but cumbersome.

Each trophy takes up way too much of the screen, so it’s tougher to find trophies you haven’t achieved yet, and descriptions for trophies now have to be much smaller due to the fact the images take up more of the screen than the descriptions. This means if you are after the requirements for a trophy, it just takes another click.

This also happens if you want to go after a hidden trophy detail – it requires two extra button presses, instead of just the extra one that you needed to press on PS4. These are niggly little quality of life things, but they are things that need to be addressed at some stage if they want to make it a seamless and engaging UI.

The PlayStation Store too is now able to be leaped into seamlessly. It’s no longer a separate app as such, more just an extension of the PlayStation 5’s UI. While I was having some issues with the search functions and refining my searches at first, the easy access to the store and easy general browsing. This is including, at last, an addition to add stuff to my wish-list and follow games that will be posting updates and news feeds in future.

These are just more welcome quality of life additions to the UI. Keep in mind, if you liked to customize your backgrounds and themes on PS3 and PS4, there is no option to do that here, since your games library plays music and shows wallpapers depending on which game you are hovering over at the time – sort of like the PlayStation 3’s functionality in this regard.

There also seem to be more privacy options available off the bat, with several new profile options set up for you to tinker with, ranging from customizable avatars and profile pictures as visible to everyone to see, or you can lock down your profile to just you and your friends.

The PlayStation 5’s PlayStation Plus subscription also comes with a list of great games that you can access and play forever provided you keep your subscription going whenever you wanted to jump in. But it’s a great selection of some of the most essential PlayStation 4 games. See for yourself:

I can personally recommend almost all of these games. If you are new to PlayStation or console gaming, these are some outstanding games to kick off your experience with, and they come at no extra cost to a PlayStation Plus subscription.

Still somewhat disappointingly, PlayStation Plus is also required to play online for any game that isn’t free to play. While this isn’t ideal, it’s still something that you have to be aware of when choosing to buy a PS5, or PS4 for that matter.

The absolute biggest difference the PlayStation 5 brings to the table (other than the controller) is the great speed. While I’m sure plenty of people are pleased with the speed of their ultra-fast PCs, the PlayStation 5’s SSD allows you to experience the joys of almost never seeing a loading screen, aside from when a game is first booting. Loading screens are either disguised in displays of amazing imagination – see Astro Bot – or are practically nonexistent, as in Spider-Man.

I have currently about 10 games installed on the PlayStation 5, and I can install many more thanks to the large size of 825 GB. While it’s not quite as much as some PS4 hard-drives, I think the speed is much more welcome than the amount of games you can have installed.

Faster install times are also extremely welcome. While I sadly can’t put a 4K television to the test with the PlayStation 5 yet, I’ve heard reports from elsewhere that the 4K resolution makes a huge difference to some of these games too, while still retaining great loading speeds.

The future of video games seems to be cemented not in pure graphical grunt, but on speed and immersion. Hopefully we see a trend towards great new indie projects that can be supported on the lightning-fast PlayStation 5, while keeping an eye on the immersive capabilities of the DualSense controller.

The PlayStation 5, while still expensive, is an exciting new addition to Sony’s lineup of consoles, and is a promising way to kick off the new generation. With story-driven games coming up soon – including Ratchet & Clank: Rift Apart, a new Horizon game, God of War: Ragnarok, and undoubtedly a new project from Naughty Dog – Sony is opening up the generation with a real statement of intent.

This seems to be the console for those interested in stories, and single-player experiences. But that’s not to say you can’t get a great multiplayer fix either. In the end, the PlayStation 5 allows you to play what you want, when you want, with great technology backing it that will remain relevant for years to come.

Not sure what to play on your new PS5? Check out our Astro’s Playroom Review! 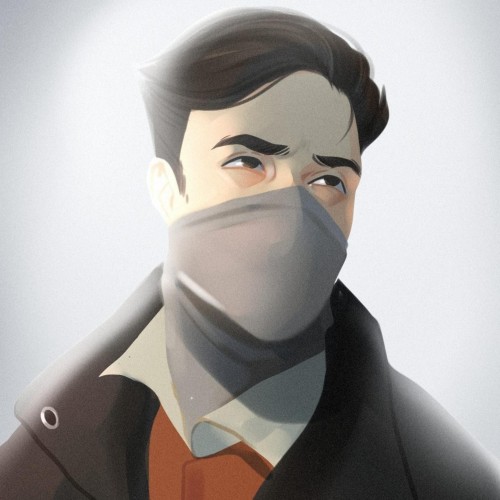