Lingchi, translated as the slow process, the lingering death, or slow slicing, and also known as death by a thousand cuts, was a form of torture and execution used in China from roughly 900 until it was banned in 1905.

Wielding a Rapier in Amazon’s New World MMO is similar to performing Lingchi on your foes. Both the traditional Chinese method and the Rapier in New World focus on dealing as much damage as possible through bleeds, though the video game is focused on death through a thousand pokes rather than cuts.

This is, of course, the final part of the weapon mastery guides for New World. If you’re unfamiliar with the series, we’re going through every single weapon in the game to give you the low-down on all the weapons, their skills, the augments to those skills, and the passives that you can collect along the way.

You can’t select every single skill, augment, and passive, so the choices you make will differentiate your character, along with your gear and stat choices, from another player wielding the same weapons as you.

Using this guide, you’ll know exactly what skills that you’ll want to prioritize, and which ones to ignore, when it comes to your specific build.

Now that the series is wrapped up, I can confidently say that we have guides on every single weapon available in the game at launch. So, if the Rapier isn’t to your fancy, check the rest out!

If you’re wondering what stats you will need to invest in when building a Rapier-wielding character, they will benefit most from dexterity, but boosting intelligence will also contribute. So, don’t turn your nose up a gear just because it has intelligence instead of dexterity – it will help, and it can enable you to select an intelligence-based weapon as your secondary. This is a great idea, because things like the Ice Gauntlet provide a tremendous amount of utility in their slows and distraction, offsetting your lack of blocking with the Rapier.

Now that we’ve covered your attribute decisions, we’re going to look at the weapon mastery for the Rapier itself. In the Skill trees, the leftmost tree for the Rapier is referred to as the “Blood” tree and, as the name suggests, it focuses on inflicting bleed damage over time. The rightmost is referred to as “Grace” and focuses more on the movement and utility side of combat.

Let’s take a look at the active abilities of the Blood skill tree first, and then the augmentations that you can select along with those actives, before swapping over to the Grace tree and doing the same:

The first application of Tondo will now reduce the cooldown for the second by 10.0%.

Only hitting one target with Tondo reduces the cooldown by 25.0%, regardless if the attack is blocked.

Damage by the initial impact of Tondo is increased by 100.0% against targets 4.0 or more meters away.

Flourish your Rapier and knock back foes with the attack.

Attacking during the flourish with a left-click will perform the Finish attack – lunging forward, clearing all bleeds on the target, and dealing an extra 10.0% on top of the bleed’s total damage.

Hitting a foe with the Finish attack grants 20.0 stamina.

Every time the Tondo ability has a DoT tick, reduce the cooldown of Flourish and Finish by 3.5%.

Enter a posed stance and quickly thrust your Rapier five times at the target; damage increases with each thrust. Dodging will cancel the next thrust.

All Flurry hits have their damage against blocked attacks increased by 25.0%.

Each successful connection with Flurry reduces its cooldown by 7.0%.

Each hit with Flurry extends the target’s Bleeding DoT by 1.0 second. This extension carries on if the DoT is reapplied.

Enter a stance primed for countering, lasts for a single second. Those who successfully attack you during Riposte are stunned for 1.5 seconds and grant you invulnerability during your return attack.

If your Riposte is successful, all your attacks are uninterruptible for 3.0 seconds.

Reduce the cooldown of all other Rapier skills by 20.0% when stunning a foe with Riposte.

Increase the sun duration to 2.0 seconds.

Perform a dodge in your current direction that will cancel any skill casting, and provide a short invulnerability. Light attacks during evade have increased attack speed.

Evading whilst traveling forwards now increases the damage of your next light attack by 15.0%. Effect lasts for one second or the first attack’s impact.

Each successful light attack now reduces the cooldown of Evade by 30.0%.

Lunge forward 10.0 meters with your Rapier, piercing through enemies in your path and dealing 145.0% damage.

Killing an enemy with Fleche reduces the cooldown by 80.0%.

After using Fleche, the next critical hit you inflict will have 15.0% more damage. Effect lasts for 5.0 seconds, or upon a successful critical hit.

Pressing the light attack key during Fleche will end the phasing lunge forward, and perform an attack that deals 115.0% damage.

Successfully striking a foe with any attack reduces Rapier cooldowns by 1.0%.

Attacks against targets that you have inflicted bleed upon will deal 5.0% more damage.

Landing a heavy attack on an already bleeding enemy will extend their Rapier bleeds by 2.0 seconds. This buff to the time they bleed will be included in any re-applications.

Dealing 10.0% more damage against targets with more than half health.

Gain 3.0 stamina on any successful attack.

That just about wraps things up for our overview of the Rapier mastery for Amazon’s new MMO, New World. We hope that you’ve found the information useful in planning out your character and look forward to seeing you online! 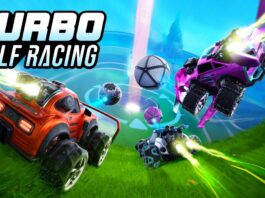 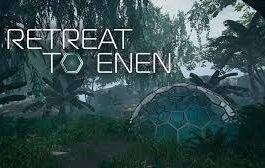