Artifacts are items in Genshin Impact that can boost stats on any character you equip them on, and will usually be the thing that increases a character’s power the most if done right. Thus, it’s very important to understand how these work. They can be obtained by opening chests, fighting bosses, killing enemies, or farmed in artifact domains. Artifacts can be leveled-up by sacrificing other artifacts. Sacrificing a higher-level artifact will grant more exp than granting a non-leveled one, so you should save any that you’ve leveled-up and are not using anymore for exp purposes.

You can categorize artifacts by Rarity, Artifact Type, Set, Main Stat, and Sub Stats, with some of these impacting others. Understanding all of these can immensely benefit you when building up a certain character, but before discussing any of this, it’s important to know what specific stats can be affected by artifacts and what those stats do.

Character Stats and What They Do

Playable Characters in Genshin Impact have many stats that affect their gameplay, with some stats being more self-explanatory than others. Starting off the list, we have the HP stat which, well… determines max Health Points. If your HP reaches zero, your character dies. Aside from that, some characters’ skills scale off of Max HP, like Zhongli’s shield or Barbara’s healing. It’s usually not worth building up aside from a few characters like these.

Two more obvious stats would be Attack and Defense. Defense reduces damage taken, as well as scales with some characters’ skills like Noelle’s Healing, while Attack increases damage dealt. The only real common stat built between these three is Attack, and even then, it’s usually better to build up some of the other stats for damage. Characters like Sayu have abilities that scale off of Attack, and for damage-dealing characters, it’s still good to have a large Attack stat. (This does not mean Defense and HP should never be built up. Every character will need to prioritize different stats depending on what you want them to do.)

Moving on to the less obvious stats, Energy Recharge affects how quickly a character gets their Burst or Ultimate ability back from elemental particles. Using an elemental skill will generate elemental particles that characters will pick up to restore energy for their Burst skill. These particles regenerate energy for the entire party, but mostly for the on-field character. A character like Mona, who has abilities that scale off of Energy Recharge, gets their Bursts back quickly and helps others on the team get their Ultimates back up and ready to use.

Elemental Damage % is exactly what it sounds like. Pyro Damage % increases Pyro damage dealt by a certain percent, Hydro Damage % does the same for Hydro, and so on for every element in the game. Building the proper elemental damage percent on a character is such a boon that most builds recommend having it as a main stat for your artifacts (more on this in the next section).

Healing Bonus simply boosts the amount healed by a character and as such should only be used on healers like Noelle, Barbara, Bennett, etc.

The final stats artifacts will let you build are Crit Rate and Crit Damage. Crit Rate affects how often your character does Critical Hits, while Crit Damage determines how much more damage your crits will do when you land them. Most builds for characters require these to at least be decently high because Crits are the easiest way to deal the most damage in the game, even above purely building the Attack stat.

These are all the stats that artifacts can affect in Genshin Impact, and it’s best to build up certain ones for the best results, depending on the character, instead of being an all-arounder. In order to properly do this though, you need to understand how artifacts work and how to tell if you have a good piece or not.

The first thing a player should notice when selecting an artifact is its rarity, which can range from 1 to 5 stars. You can tell the rarity of an artifact either by its star count or the color of the background: gray for 1 star, green for 2 stars, blue for 3 stars, purple for 4 stars, and orange for 5-star artifacts. Rarity determines what kind of sets the artifact can be in, the number of substats an artifact can have, and how many times the artifact can be leveled up. Both 1 and 2-star artifacts can be leveled up a maximum of four times, with 3 stars having a max level of twelve, 4 stars having sixteen, and 5 stars having twenty. At the start of the game, only 1 and 2-star artifacts will be available to you, and the more rare pieces will become attainable in later Adventure Ranks.

The next thing the player should take note of is the main stat of the artifact, which is the one in bold white text and will be the stat that goes up with every level. This is what most players will usually see first about the artifact, and it is certainly one of the most important parts of determining if an artifact is worth leveling up or not. Having a bad main stat (minus the Flower and Feather types of artifacts, which shall be covered in the next few paragraphs) can ruin even the greatest of artifacts. Whether a main stat is good or bad for a character varies depending on both the character and what the player wants to build that character for. An overall rule for any main stat, however, is that a % main stat is better than a flat stat increase. For example, getting a 49% ATK increase is far better than only getting 200 flat attack as level-ups and weapon upgrades will make that percent increase far more worthwhile by late game.

Each artifact will fall into one of five types regardless of their rarity or main stats: Flowers, Plumes (or Feathers), Sands (Clocks or Hourglasses), Goblets, and Circlets. Flowers, regardless of what Set they belong to, will always have flat HP as a main stat and Feathers will always have flat attack as the main stat. Sands, Goblets, and Circlets can all have a varying number of main stats, with some types having main stats that exclusively belong to that type. Below is a chart with a list of what each type of artifact can have as main stats.

Below the main stats, are the substats. Substats also increase a character’s stats and are much, much harder to roll specific stats for. The amount of substats an artifact can have is decided by its rarity, with 1-star having zero substats, 2-stars having zero or one substats, 3-stars having one or two, 4-stars having two or three, and 5-stars having three or four substats. The substats an artifact obtains are purely random and can be any stat, besides the main stat, regardless of rarity or set. To go along with this, every four level-ups an artifact receives, a random substat will be upgraded as well, with the one exception to this rule being if an artifact has one less substat than the max it can have. In which case, the first four level-ups will give a random new substat. This causes substats to be one of the hardest things to get right on any artifact, as you need luck getting the specific stats you want and more luck when leveling-up the artifact to increase the right sub stats.

Last, but not least, is the Set an artifact belongs to. This can be seen in the Set Bonus section of the artifacts stats, and having two or four pieces of the same set on a character will grant that set bonus. Each set has two set bonuses: one bonus for having two pieces, and one more for four pieces. This means that the player can mix and match two sets for their two-piece bonus, or go all-out on one set for the four-piece bonus. Some sets are exclusive to certain rarities, such as the Gladiator Set pieces all being locked to 4-star or above, while the early game Adventurer Set caps at 3 stars and does not have 4 or 5-star variants.

When to Start Farming Artifacts and How

During the early and mid parts of the game, the 3 and 4-star artifacts should focus on what the character is good at. As a general guideline, damage-dealers should focus on ATK % and the Berserker’s Set for Crit Rate, while support characters should go Healing Bonus and whatever stat their healing scales off of (HP for Barbara, Defense for Noelle, Attack for Sayu.) These can and should be Googled beforehand to carry the player into AR 45 where they can start working on permanent endgame builds.

Aside from the Gladiator’s Finale and the Wanderer’s Troupe Sets which can only be obtained by fighting the weekly bosses (or the Trounce Domains), every other artifact can be found and farmed for in the Artifact Domains. By opening your Adventurer’s Handbook and heading to the domain section, you can find which domains hold the set you are looking for, and even teleport there and begin farming.

In conclusion, artifacts are the hardest part of building any character due to the sheer amount of luck and RNG needed to get the right set bonuses and stats that a character needs to excel at to do what they do. But if a player puts in the time to both research what works for a character and grind for it during endgame, they will easily see their damage or support abilities skyrocket. One cannot blindly put artifacts on a character, even if they are 5-stars, and expect it to work well. Players must put in the time to get the most out of this system and will be rewarded for it in damage output. 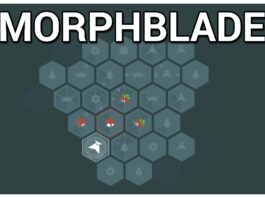