In Escape from Tarkov the single best budget weapon to use at low levels and even sometimes later is the SKS.  The base level SKS can be bought for about 22,000 Rubles. The OPS KS can be bought for 33,000 Rubles.  Both of these SKS’ are also cheap to insure and rarely get picked up by other players.  At low levels, they shoot some of the BEST ammo you can get your hands on.  7.62 x 39mm PS outclasses almost everything available to you at level 1 traders.

Then if you’re lucky while you’re in raid, you can find some BP or MAI AP and have some of the best ammo in the game shooting out of that SKS.

SKS are both able to be magazine-fed and top-loaded , with base levels having a 10-round internal magazine that you can’t swap out while you’re in raid but for about $90 from Peacekeeper you can buy a 20 round external mag. if you have two of these you can swap mags just like you can most other weapons but even if you only go in with 1 you can still top load.

Now all of this that I mentioned is the same for the SKS or the OP-SKS what makes the extra money that it costs to get the OP-SKS worth it is the fact that you can mount Optics to it.

Now on the side of the OP-SKS you’ll see the one you buy from Jaeger you have this dovetail sight on there – this allows you to attach various sights and accessories on there.

If you get an SKS from a scav sometimes they won’t have the side mount there – it will look just like this but you can buy this OPS-KS Dovetail Mount from Yeager loyalty level one just like you can the gun itself.

So if you get one from raid it’s not a big worry that you can’t attack directly you just got to go by this relatively cheap part and you’re good to go.  But with that on there you can attach all of these different sites to the SKS whether you want a close range red dot or even the PSO scope that lets you engage at distance which when you’re low level increases the survivability when you’re fighting scavs or players.

As a side bonus of getting Jeager unlocked, which I always recommend you do, you can get this cobra site from Yeager loyalty level one as well which allows you to put all sorts of different optics that you might find that use rails to attach but more importantly allows you to put a flashlight on the side of it.  So now you can have a flashlight & a laser.

Real quickly I do want to bring up a few attachments that aren’t available at low level traders but you’re going to find them everywhere in raids so they are important to keep an eye out for because they can really really increase how powerful this weapon is.

These attachments are suppressors straight up you can just find a hexagon SKS sound suppressor and this goes just right on the SKS – no special parts, nothing fancy required. It just goes right on there but you can also find these threaded mounts that go for the SKS as well.  Those go on and interestingly enough it’s not just suppressors.  The most important thing is it allows you to attach a DTK-4M suppressor.  You will find these in raid as well, and you will have a suppressed long range weapon that shoots really good ammo. 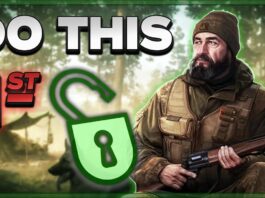 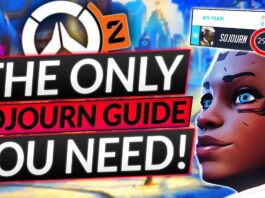 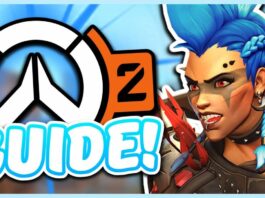